Adventure Time consisted of a 5" line, 2" line, plush items, and many more

All Elite Wrestling Figures were unveiled February 19, 2020 during an episode of AEW Dynamite. Jazwares would surprise each wrestler in the first series with a loose figure sculpt, where each wrestler looked genuinely happy to see the result. A handful of days later, at Toy Fair 2020, Jazwares would show off series 1 and series 2 figures along with the packaging for the first time.

The figures are in 6" scale with a suggested retail price of $19.99 per figure and are expected to hit shelves around July or August 2020. The first wave includes Chris Jericho, Cody, Brandi Rhodes, Matt Jackson, Nick Jackson, and Kenny Omega.

The AEW World Heavyweight championship roleplay belt for kids was released second to Walmart stores behind the Basic Style Wrestling Figure Ring.
The Tag Team Championship Belt by Jazwares would be released in 2021.

Darby Allin, Nick Jackson, Matt Jackson, Riho, Pac, and Orange Cassidy. Released around January 2021. Darby Allin would have two versions, a standard and a chase limited to 500. Riho's chase variant would be limited to 1000.

Lights Out Weapon Pack, Title Belt Pack, and Barrel Clash Weapon Pack have all been announced or released in 2021!

Adam Page & Ring, exclusive to Smyth's in the UK!

4 and 6 inch figures based off of the video game.

2011-2012 line of figures by Jazwares that included Space Ghost, Flintstones, The Jetsons, and more!

Pixelated figures based off the best-selling Minecraft video game.

Mortal Kombat by Jazwares (2005-2007) was the first line of two by the toy company, featuring combatants from Deception and Shaolin Monks. These figures were notable for their cheap price point (usually found at retail between $6-10 each) and availability. Because of the graphic nature of the game, and the fact it was largely geared towards adults, major toy chains like Target and Wal-Mart did not carry the figures. However, some chains like CVS pharmacies of all places, as well as Toys R Us carried every series of the line by Jazwares.

This line of Mortal Kombat figures featured the usual names you'd expect from the MK Universe: Johnny Cage, Liu Kang, Scorpion, Sub Zero, Goro, Kano, Raiden. But this line was missing some iconic names like Sonya Blade, Jax, and Shao Khan. This would be rectified when Jazwares once again took over the MK action figure license, releasing a 20th Anniversary figure line.

Wave two featured the same figures as the first wave, just smaller bubbles, with the exception of Raiden's who stayed the same. Figures came with less accessories. This may have been so more figures could fit in a case.

Mortal Kombat Wave 3 featured all new figures. A classic look for Scorpion, Sub Zero, Kung Lao, and Liu Kang were all featured in this set with the smaller bubbles on the blister.

An online retailer, ToyRocket had announced that they would be offering Mortal Kombat: Shaolin Monks fans with a San Diego Comic-Con exclusive of GORO. This figure is limited to 1800 with the retail price 19.99. Additionally, this figure could be found at retail within KB Toys stores.

Mortal Kombat Wave 4 was what you might call a "best of" series. It featured a different color scheme on the card, which I like to think is reminiscent of Mortal Kombat II. Figures included were Sub Zero, Scorpion, Raiden, and Baraka.

Mortal Kombat wave 5 featured a brand new packaging style. The first set in the style featured a total of 8 figures. Liu Kang, Kung Lao, Sub Zero, Noob (gray colored), Johnny Cage, Reptile, and Kano were all featured.
This set is easily identifiable by the Jazwares logo being in the bottom left corner of the packaging. This set saw many different waves for well over a year, however only 4 figures were sent to retailers: Noob, Kano, Cage, and Reptile, while the other 4 were never released again.

Mortal Kombat Wave 6 was the same four figures that kept getting rereleased in time's past. Kano, Reptile, Cage, and Noob. The difference was Noob was finally in all black. Rumors said that Reptile would have an even longer tongue in this release, though it was never seen.
This carding is identifiable by the Jazwares logo in the upper left corner of the packaging

Wave 7 was the final wave done by Jazwares. I personally have attempted contacting the company and leaving messages but nothing has ever been returned.

These images are exclusive to FigureCollections.com. No other website has ever supplied these images to anyone! Included is a 4 Pack, Kintaro, Rayden, and the scoop on figures they never released!

Jazwares received a mixed reaction from collectors when it was revealed they would be taking over the Mortal Kombat license for the 20th Anniversary line of figures. This being their second time with the license, the company received criticism for flimsy limbs that often became damaged or pop off of bodies. Others didn't care for the lack of characters released in the first run.

Jazwares answered criticisms from collectors offering new molds of all figures from the first wave that included Scorpion, Sub Zero, Johnny Cage and Raiden. The company also released many characters in 3.75-4" scale and a few new faces in 6" form.

Jazwares declined comment on social media to address the lack of new series or figures. Eventually the company revealed they had not renewed the license. In 2014 at San Diego Comic Con Mezco Toyz announced they had acquired the license and would produce new 6" figures, though nothing was shown.

This was the first wave of Mortal Kombat with Jazwares re-securing the license.
Scorpion
Sub Zero
Johnny Cage
Raiden

Sub Zero, Scorpion, and Reptile were the first released. Shortly after, other masked characters were released including Smoke, Ermac, and Noob

Lightning Fury Raiden Figure was eventually sold in Toys R Us in addition to being an SDCC Exclusive.

Jazwares produced a line of Nicktoons (Nickelodeon Cartoons) figures in 2012. The line included individually packed series assortments for each of the following: Catdog, Fairly Odd Parents, Hey Arnold, Jimmy Neutron, Ren and Stimpy, and the Rugrats.

Around the same time, Jazwares also produced a Hanna Barbera line of figures with names like Space Ghost and Fred Flintstone. In this section of our figure database you can find all series and figures released related to the Nicktoons line of figures including checklists.

Tommy and Chuckie received individual figures by Jazwares, while the rest of the characters were only released in a 2" box set. Plush toys were made for most of most of the kids

Jazwares only made one lone figure of Catdog but also a plush toy in 2012.

Characters from the hit show in singles releases as well as a 2" box set, a 2" 4 pack set on a bubble package, and some plush toys.

Released in 2012, these Jazwares figures of Ren & Stimpy were exclusive to Target.

Fairly Odd Parents was a one series assortment of the Farily Odd Parents Cartoon, featured on Nickelodeon. The figures were made by Jazwares and only included Cleft the Boy Chin Wonder, Cosmo, and Wanda.

Hey Arnold's Arnold was released in 2012. No other characters from Hey Arnold were produced by Jazwares.

The initial sculpts are from SOTA. Re-use of bodies is keeping costs low so they should retail for around 6 dollars. The first line included Ryu, Ken, and Akuma

Jazwares Inc is an American toy company that has manufactured action figures since the early 2000's. Some of their first hits included Mortal Kombat, Street Fighter, and Minecraft. The company now makes Fortnite figures and toys.

In 2019 it was announced that Jazwares would be purchasing Wicked Cool Toys. 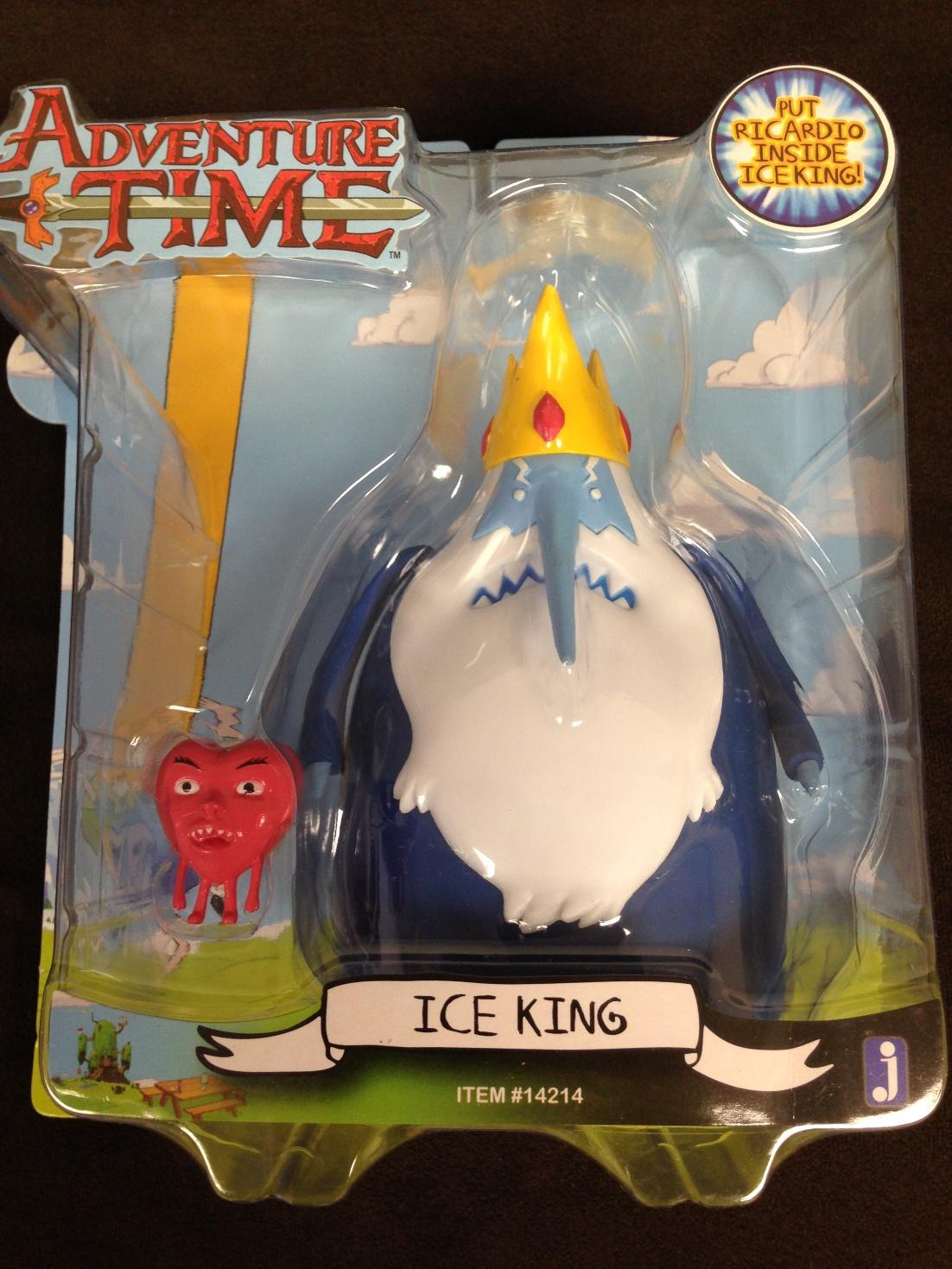 Adventure Time consisted of a 5" line, 2" line, plush items, and many more... 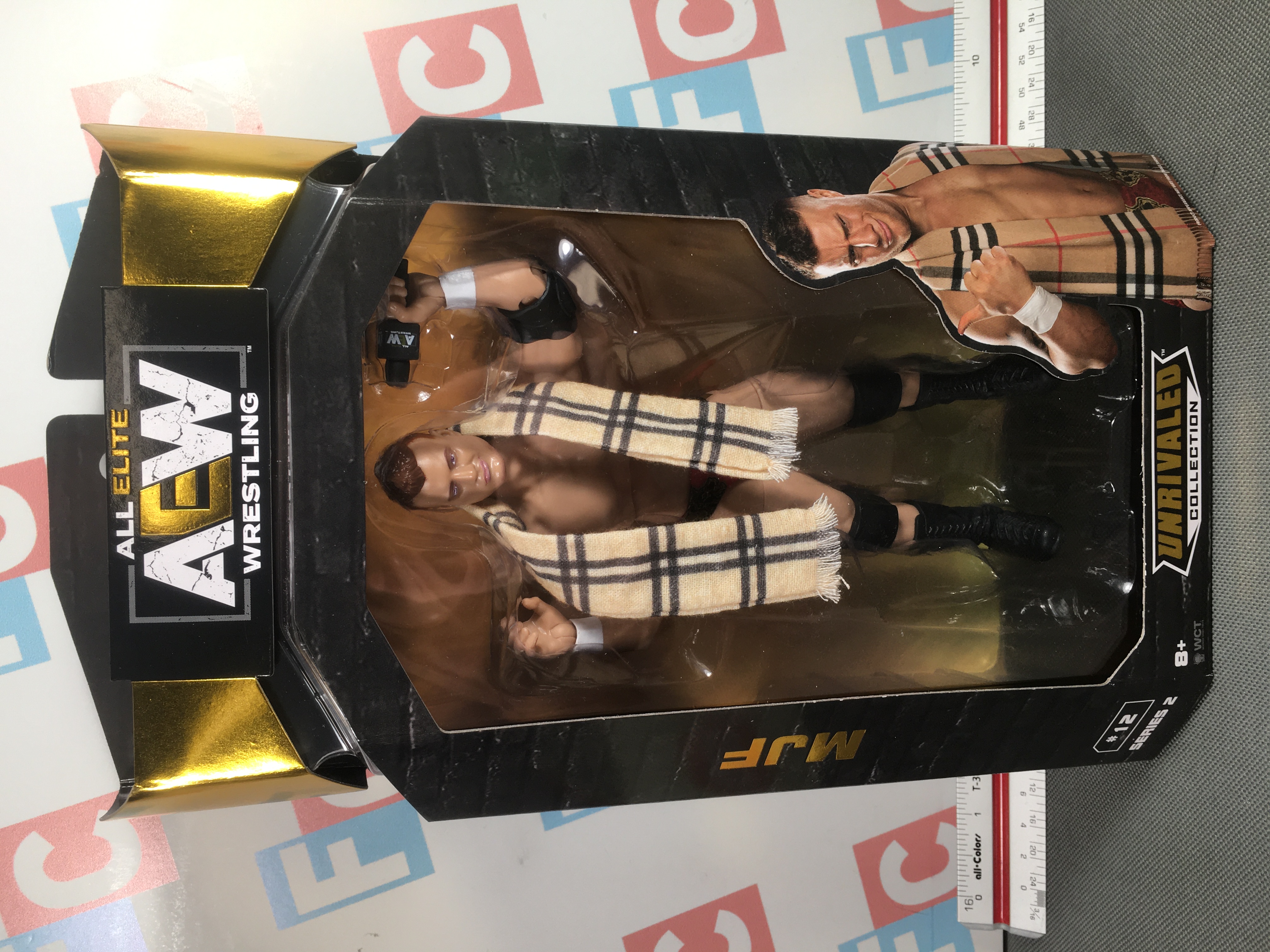 All Elite Wrestling Figures were unveiled February 19, 2020 during an episode of AEW Dynamite. Jazwares would surprise each wrestler in the first series with a loose figure sculpt, where each wrestler... 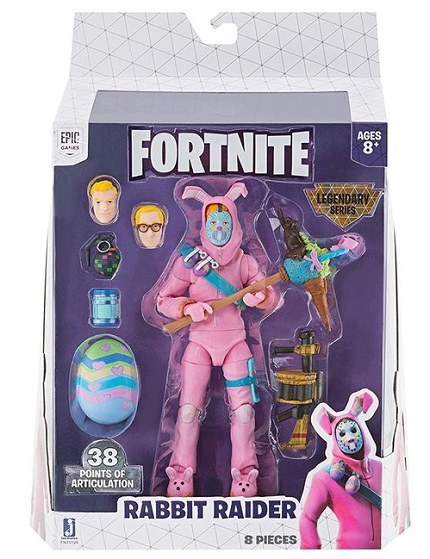 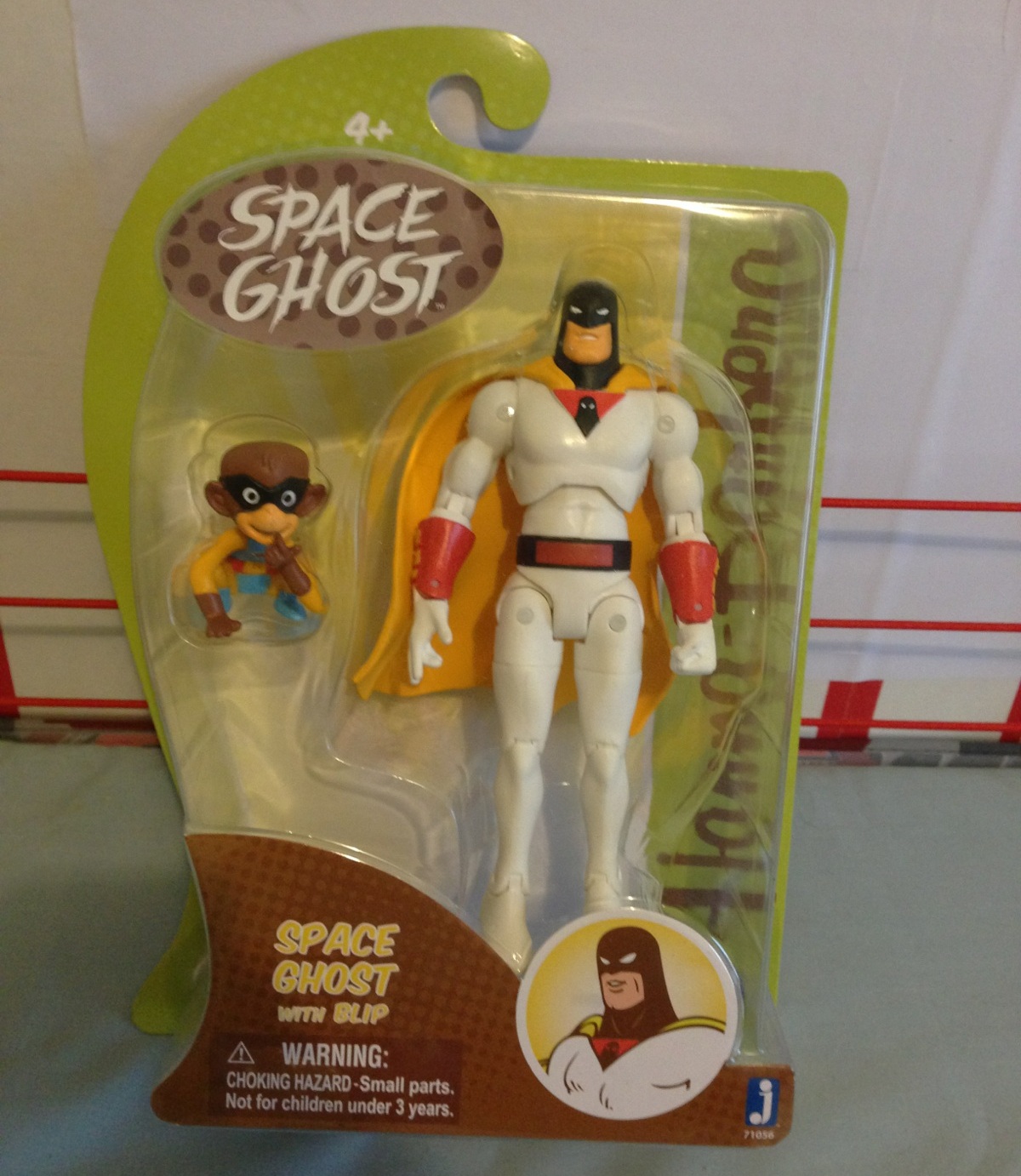 2011-2012 line of figures by Jazwares that included Space Ghost, Flintstones, The Jetsons, and more!... 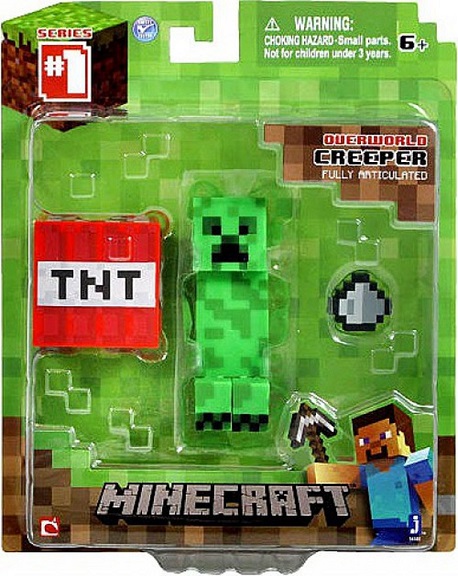 Pixelated figures based off the best-selling Minecraft video game.... 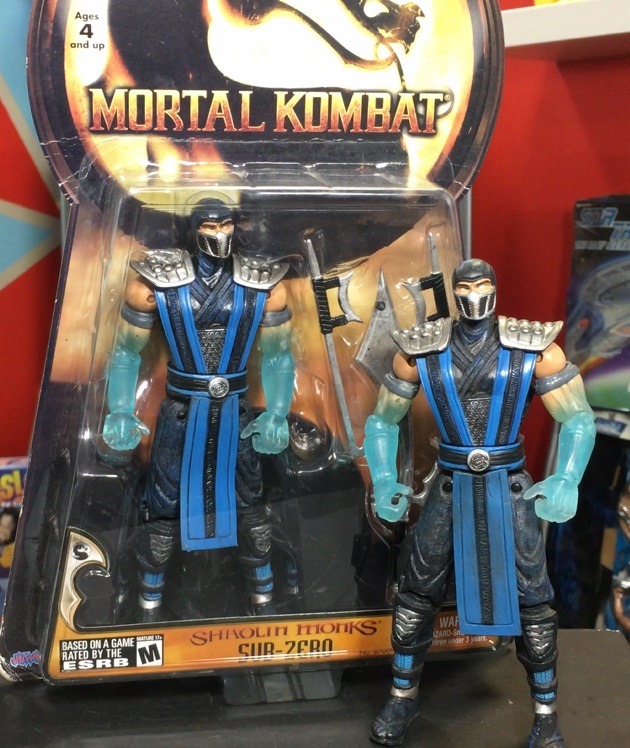 Mortal Kombat by Jazwares (2005-2007) was the first line of two by the toy company, featuring combatants from Deception and Shaolin Monks. These figures were notable for their cheap price point... 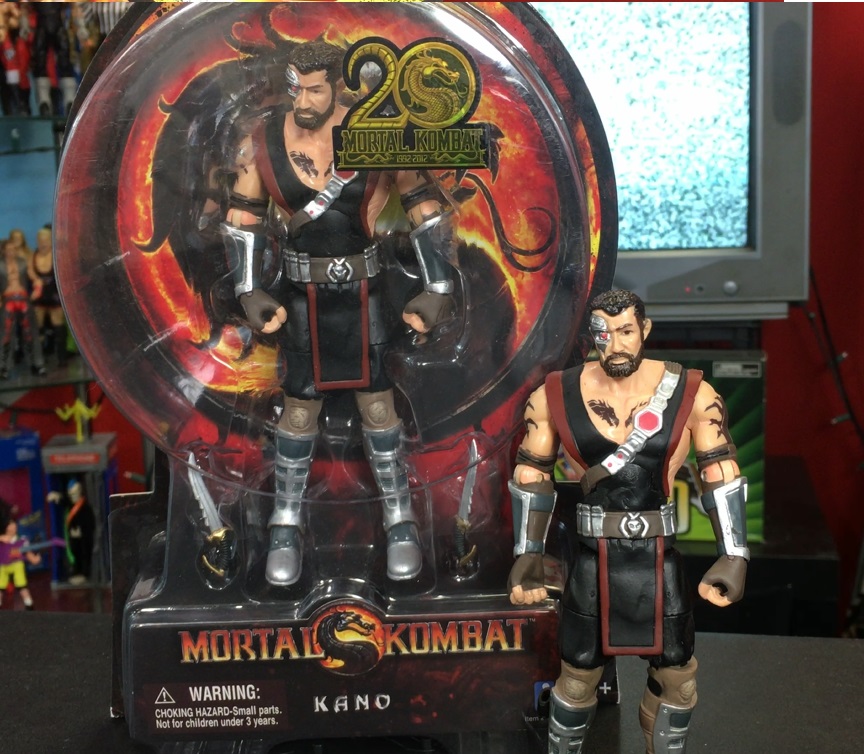 Jazwares received a mixed reaction from collectors when it was revealed they would be taking over the Mortal Kombat license for the 20th Anniversary line of figures. This being their second time with ... 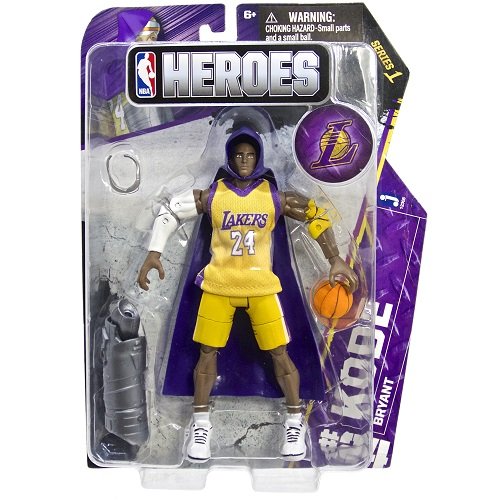 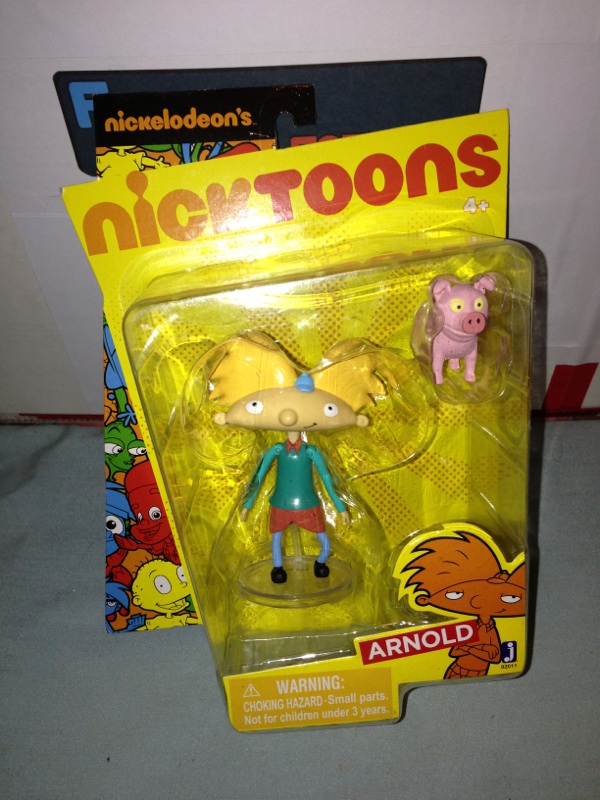 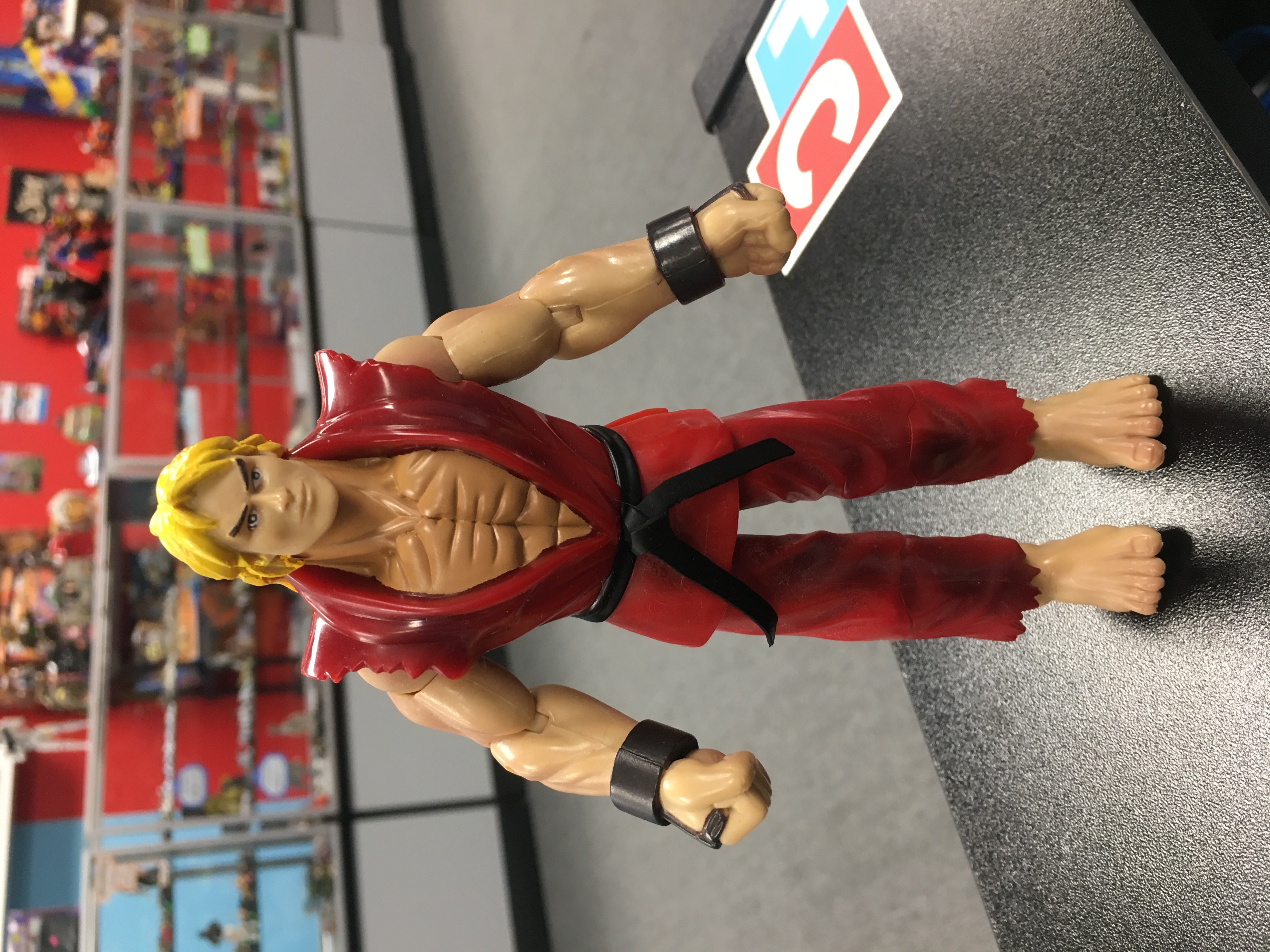 Street Fighter by Jazwares was a shortlived line that Jazwares released while they also had the Mortal Kombat line. Unlike the Jazwares Mortal Kombat figures, which received new molds and sculpts, Str...